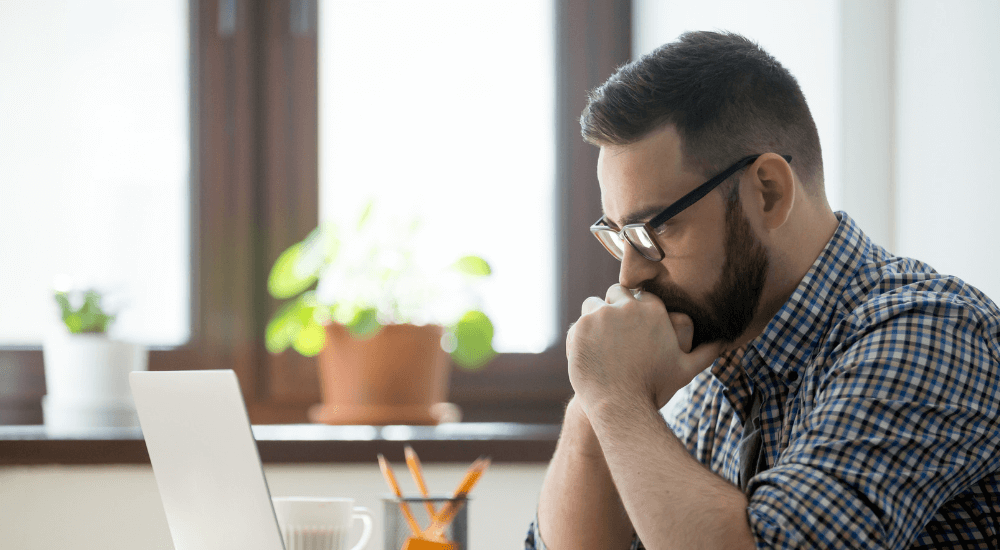 If someone chooses DDC for their paternity testing needs, the lab provides the client with a detailed explanation of results with the report. Due to the nature of the test, it inevitably includes some legal and scientific wording that may be unfamiliar to a layman. Be assured the lab provides a very comprehensive explanation in plain English, but for the sake of clarity, here is an explanation of what the more complex or technical words mean along with a simple guide on how to interpret your report.

Please be aware that this guidance only relates to tests where the child has been born and has provided a sample. These notes are not relevant to any non-invasive prenatal testing. If you need assistance with understanding a prenatal report, please phone our customer service team on 020 3301 7346.

There are four areas on the report:

To ensure a very-high-quality test, DDC examines a minimum of 20 genetic markers. In addition, the lab also looks at the Amelogenin (sex) gene for each participant. The report’s chart displays the genetic profiles of the alleged father and child—and also the child’s mother if she has been included in the testing. On occasion the lab may decide, at no extra cost to the client, to test additional markers where they believe the additional data would be beneficial to providing a definitive outcome. In these instances, they will also include any additional testing data within the body of the report. 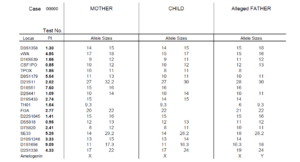 Children inherit one genetic marker from each biological parent. Therefore the principle behind testing is quite straightforward. If there is a mismatch between one of the child’s markers and that of the alleged father, then there is a possibility that he is not the biological father. Where there is a match at a genetic location (locus), a paternity index number is generated from a database for the ethnic group to which the father belongs. The frequency in which that allele occurs within the specific ethnic group directly relates to the PI. The more rare it is, the higher the PI.

One question that is asked frequently is how sometimes only one allele value (represented by a number) appears at a given locus. How is this possible if a child should show two allele values at each locus—one allele inherited from the mother and one from the father? To put it simply, where a child has two identical alleles, we only report it once.

The Combined Paternity Index (CPI) is located on the lower left-hand side of the report, within the Interpretation section and underneath the genetic profile chart.

In cases where the relationship has been proven, and the possible father is considered the biological father, there is a figure listed. This is a statistical calculation that is made using all of the paternity indices listed in the chart.The calculation generates the genetic odds that the man being tested is the genetic father as compared to a random male of the same ethnicity. This number will vary from case to case depending on the combination of markers shared between the chid and alleged father. So even two children born to the same parents will most likely have varying CPIs—unless they are identical twins.

Example: If the test shows a CPI of 43,450,497, the way to read this is: “The man tested is 43,450,497 times more likely to be the biological father of the child tested than an unrelated, untested man of the same ethnic background.”

If the alleged father has been excluded as the biological father, then the figure showing is a 0.

NOTE: A probability of paternity can never be 100%. Remember, statistics are used to calculate this number, and so it could never be 100% unless every man I the world with the same ethnic background were tested…and of course, that’s not possible!

The final conclusion of the test can be found in the interpretation section at the bottom of the report. This is the scientific opinion of the highly-qualified PhD responsible for your test.  They way we have to word this causes the greatest confusion about the test outcome.

If you are still unsure about your results report, we are happy to provide additional guidance and information. Phone one of our highly-experienced customer-service staff on 020 3301 7346.