Paternity testing and other similar DNA tests are the gold standard for identifying biological relationships.

Everything You Need to Know about how DNA Science Works

Since DNA’s structure was discovered in 1953, numerous techniques have been developed to use this knowledge to learn more about how living things function and solve genetic questions. DNA (Deoxyribonucleic Acid) is the genetic material that contains the “code of life.” Each person has a unique DNA code in each of their cells that can be used to identify them and their children. We get our unique DNA code from our biological parents in equal amounts. The building blocks of DNA are known as nucleotides (abbreviated A, T, C, and G), and appear in DNA as letter pairs. There are about 3 billion letter pairs in our DNA code.

In humans, most of the DNA is in the form of tightly-coiled strands called chromosomes, found inside the cell nucleus. There are 46 chromosomes in a human cell arranged in 22 autosomal (non-sex chromosome) pairs and two sex chromosomes (XY for males and XX for females). If you unwind each chromosome and place them end-to-end, you’ll have a long, double-stranded DNA helix that is about 3 meters in length—all from one microscopic human cell.

The DNA helix looks like a twisted ladder or spiral staircase. The “steps” are composed of the four bases: adenine (A), thymine (T), guanine (G), and cytosine (C), and are held together by hydrogen bonds that connect specific pairs of these molecules together: A–T and G–C. The arrangement of these molecules, called the DNA sequence, spells out the instructions for our physical characteristics and body functions. These instructions are found in units called genes.

The specific pairing of DNA molecules presents a simple mechanism for their replication. Replication occurs whenever a cell divides in two during growth and development. During replication, the helix unwinds and an enzyme separates the two strands. Another enzyme, DNA polymerase, adds the four molecules A, T, C, and G to each strand according to the strand’s sequence: A is added opposite a T on the strand, and C is added opposite a G. This “complementary base pairing” allows the replication to occur quickly and reliably.

The products of replication are two sets of double-stranded DNA molecules that have exactly the same sequence as the original. During cell division, each cell receives one set of DNA. In this way, all the cells of the body have the same DNA molecules. 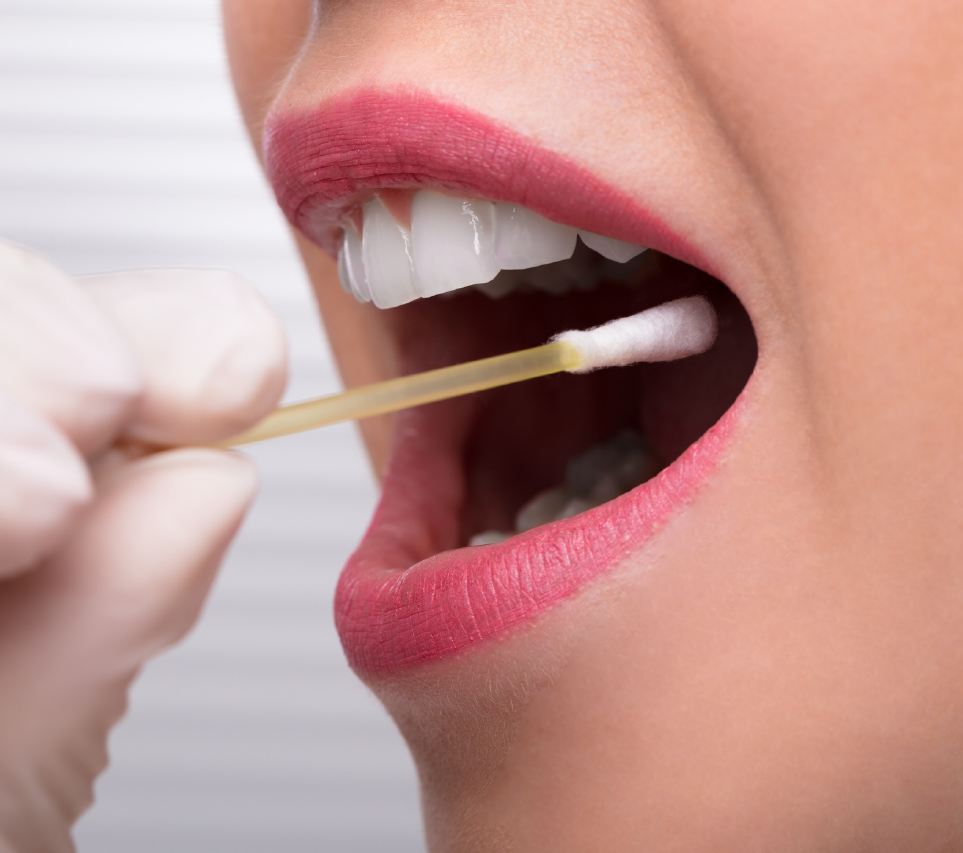 DNA is found in the nucleus of a cell, which is a lot like the yolk of an egg. DNA is extracted from a cheek (buccal) swab sample by breaking open the cells and separating the DNA from the other parts of the cell. DDC uses scientifically-accepted methods to perform the DNA extraction step, along with robotic instruments for precision and accuracy. Polymerase Chain Reaction or PCR, is a technique that allows the generation of millions of copies of targeted areas (loci) in the DNA. PCR harnesses the cell’s ability to replicate DNA before cell division, but in a test tube. PCR is used commonly in the scientific community to perform a number of different tests and is used by DDC for paternity testing.

Once the DNA is extracted, it is combined with chemicals to support the PCR reaction, including primers. Primers are small pieces of synthetic DNA labeled with florescent tags that flank the region to be analyzed. The DNA building blocks (A, T, C, G) and an enzyme to support the replication of the DNA (DNA polymerase) are included in the mixture.

For paternity testing, DDC uses a multiplex PCR reaction that tests 21 different locations (loci) in the DNA at once. This is accomplished using an instrument known as a thermocycler that heats and cools the DNA. Each round of heating and cooling doubles the amount of DNA at the target locations, so that after 28 cycles of heating and cooling over a million copies of each starting DNA are present. STR loci are used for relationship analysis, including paternity, maternity, and siblingship testing. STR loci contain a 4-letter DNA repeat and the number of repeats can vary. There are two copies of each of the STR loci. For relationship testing DDC examines 20 different STR loci plus a locus that indicates gender. The number of repeats at each STR location is determined by analyzing the products of the PCR reactions with a Genetic Analyzer. These instruments allow the analysis of up to 48 samples simultaneously. The products of the PCR are loaded into a small capillary tube and an electrical current is applied, which moves the DNA down the tube in a size- dependent fashion. This is so that the smaller DNA fragments “win the race” to the end of the tube. As the DNA fragments exit the tube, a laser interrogates them and the florescent tags incorporated during PCR are activated. The instrument captures this information and determines the size of the fragment by the time it took to exit the tube. 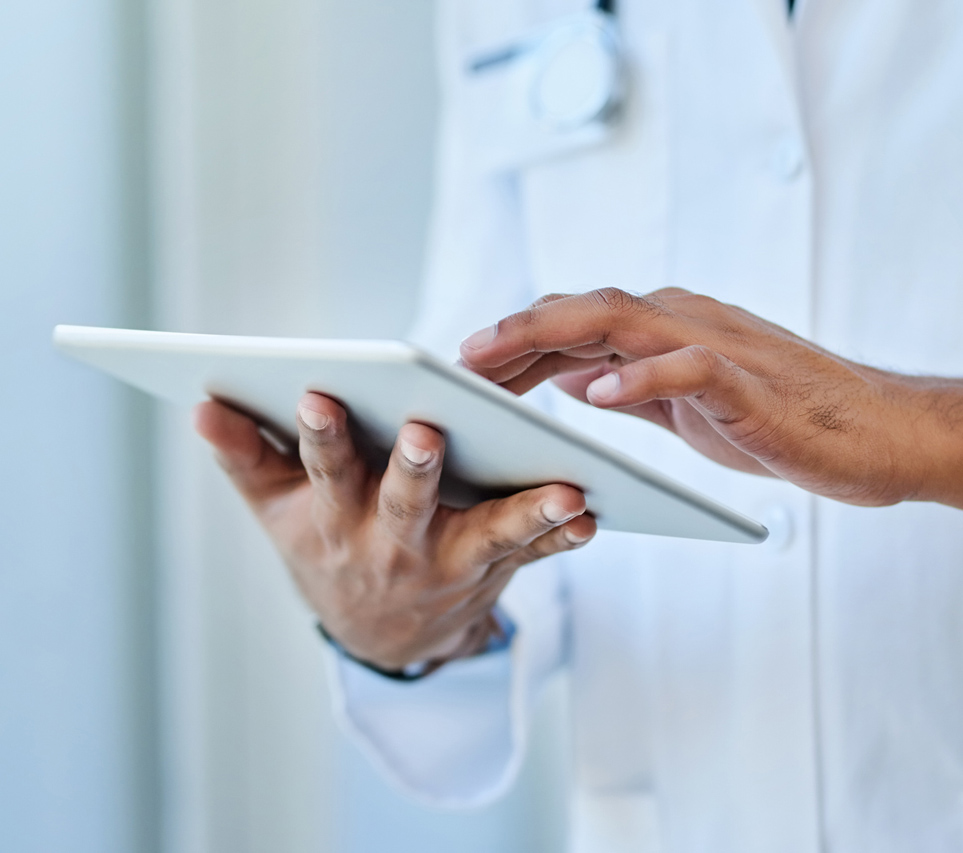 The information from the Genetic Analyzer is incorporated into the final report. At each STR locus, the number of repeats detected is listed as a number, i.e., a 12 means there are 12 four-letter repeats present. Each of the numbers represents an allele, or an alternate form of the DNA at that location. Since each STR locus is assigned to a chromosome position and chromosomes are present in pairs, there are typically two numbers per person at each STR location (heterozygous).

When only one number is shown at a locus, both chromosomes in the pair have the same number of repeats (homozygous). A parent and child must share a common allele (number) to be the biological parent. Once the results of all 20 STR locations are evaluated, a calculation is performed to provide the numerical support for the tested biological relationship and is expressed as the probability of relationship. Learn more about how to understand a paternity report here. A large portion of human DNA does not code for genes (units of DNA that contain instructions for creating proteins). These non-coding regions nevertheless contain much information useful for forensic and other human identification applications. Non-coding regions of DNA contain many of the markers used for identity testing.

DNA Science is our Life

Our 14 in-house PhD geneticists along with a staff of highly-trained and qualified laboratory technicians and support personnel keep up with the very latest DNA technology and techniques, so you can be sure your test is in good hands. It’s our passion. What question can we help you answer?